“A thriller writer who knows way more than anyone should about death and dismemberment
Her young daughter who’s more intrigued by dead bodies than she probably should be
An isolated cabin in the woods that’s probably―definitely―hiding something
The tiny mountain town that seems less than troubled by a sudden abundance of murders
Bestselling thriller writer Tess Harrow is almost at the end of her rope when she arrives with her teenage daughter at her grandfather’s rustic cabin in the woods. She hopes this will be a time for them to heal and bond after Tess’s recent divorce, but they’ve barely made it through the door when an explosion shakes the cabin. Suddenly it’s raining fish guts and…is that a human arm?
Tess was hardly convincing Gertie that a summer without Wi-Fi and running water would be an adventure. Now she’s thrust into a murder investigation, neighbors are saying they’ve spotted Bigfoot in the woods near her cabin, and the local sheriff is the spitting image of her character Detective Gabriel Gonzales―something he’s less than thrilled about. With so much more than her daughter’s summer plans at stake, it’s up to Tess to solve this case before anyone else gets hurt.” (Goodreads)

I was looking forward to this one after I saw it mentioned on here from Wendy W @ The Bashful Bookworm. If it wasn’t for her I wouldn’t have known about it!

The book is told from one point-of-view and it comes from Tess Harrow who is a bestselling thriller author. Her career definitely made the book more fun as there were distinct details from her books that made its way into reality, like the sheriff. A lot of the townsfolk have read her books as well. It’s always great to read a book that is also bookish in nature.

Tess Harrow is a very daring character. Her and her daughter end up in wild predicaments and Tess doesn’t let danger stop her from finding out the truth. I liked that she was a good mom and would do anything for her daughter, even if that meant letting go. It’s a tough thing to do but I admire Tess.

The sheriff was one of my favorite characters. He is very grumpy and goes by the book. I thought that him and Tess were an unlikely pair but they played off each other well.

I was very surprised by the plot and was definitely invested from the beginning. It is well paced and I wasn’t expecting the killer to be who it was. That is always a good thing!

Overall, this was a fun cozy mystery and I can’t wait to continue on with the series.

First Lines Fridays is a weekly feature for book lovers hosted by Wandering Words. What if instead of judging a book by its cover, its author or its prestige, we judged it by its opening lines?

“Any girl at St. Bernadette’s Prep should know three things: Skirts need to be one inch above the knee only if a teacher is looking, a dab of nasal spray will make any zit less red, and the lock on Headmaster Bailey’s office door can be picked with a credit card.”

I finally got the last two books of this series recently and I can’t wait to start it! It is written by one of my favorite YA Mystery / Thriller authors. Those first lines are also very intriguing!

Have you read this book?

First Lines Fridays is a weekly feature for book lovers hosted by Wandering Words. What if instead of judging a book by its cover, its author or its prestige, we judged it by its opening lines?

“I have never believed in fate or destiny or any other concept that invests the course of our lives with portentous meaning. Most people in our godless world believe we are born into random circumstance, and it is solely our own deeds and choices that determine whether we find ourselves in a palace or prison when we die. I’d not disagree.”

I have been eyeing this book for quite some time. I absolutely love the cover. I don’t read much Adult Fantasy but I do want to read more this year and hopefully I will get to this one soon.

Have you read this book?

Today I am sharing an unboxing for Flick the Wick’s September box: Investigating The White City. For the theme, it was all based around the Stalking Jack the Ripper series. Although I didn’t like the last book, I still liked the series as a whole. This is a candle box company that I have really enjoyed. I have bought a few of their boxes now and am excited for the October one to ship since it will have a blanket!

Included In This Box:

My favorite item had to be the art print of Audrey and Thomas. It has been my favorite depiction of them. My least favorite would have  to be the bath bomb. I just don’t take baths so it isn’t practical for me.

Have you tried Flick the Wick before? What do you think of this box? Let me know in the comments! 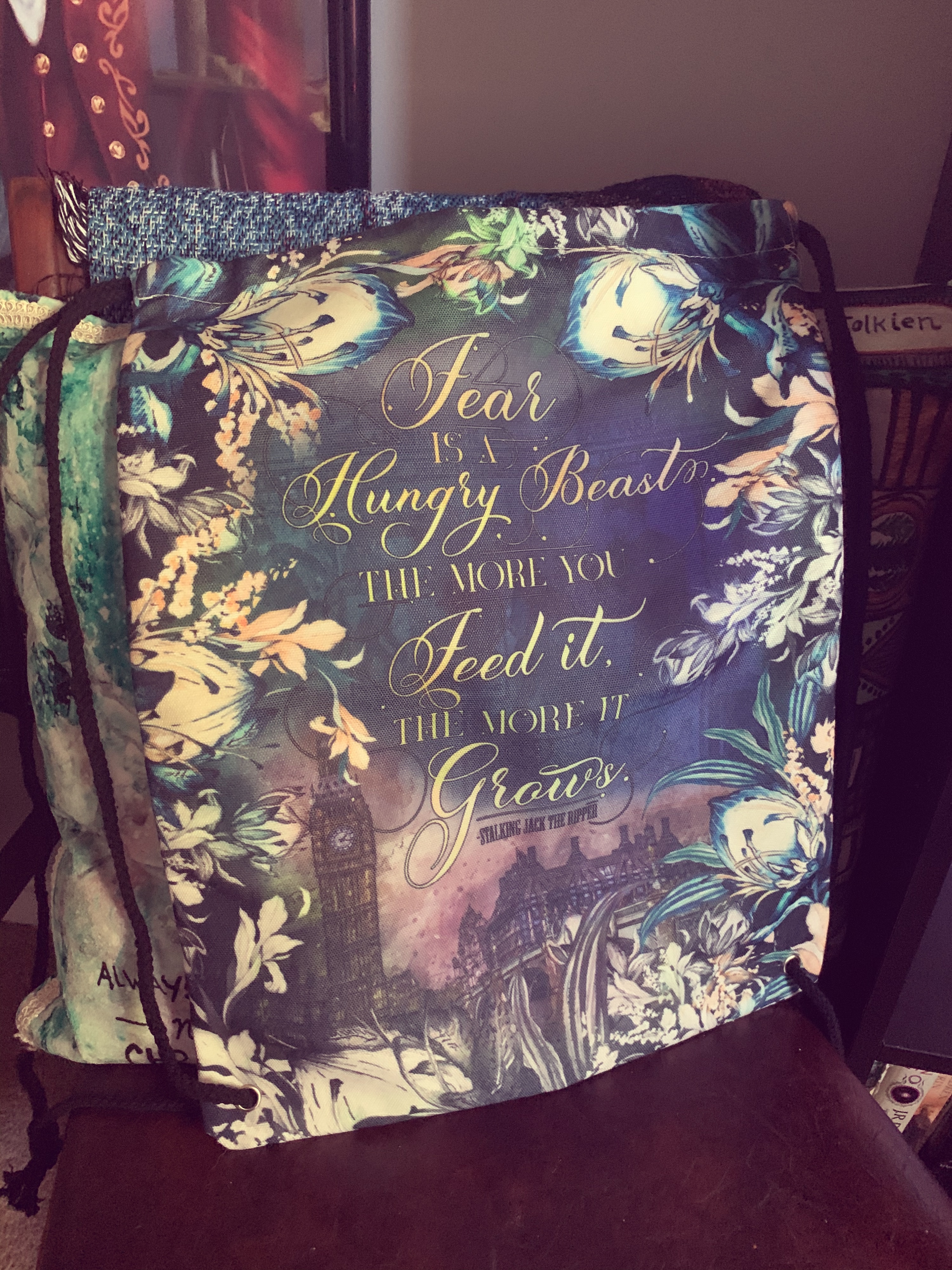 Today I am sharing the May box from Book Gizmo. It was my first purchase with them and I was really happy with it.

The May box was themed around Sci-fi’s like The Illuminae Files and Aurora Rising. There was one item in it for Red Rising, one book that I haven’t read. They are priced at $25.00 and I believe shipping was around $3-$4. So really, you get a lot for that price! I would definitely buy from them again.