Top Ten Tuesday was created by The Broke and the Bookish in June of 2010 and was moved to That Artsy Reader Girl in January of 2018.

I have looked into this years reads but I honestly can’t remember. Guess it’s time to go back and look at what I am excited for. 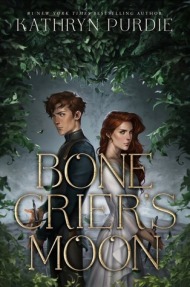 7.) The Silence of Bones 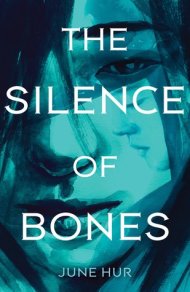 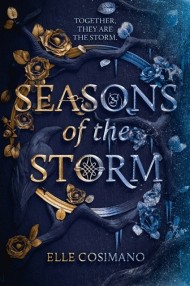 These are all books  I am so excited for!

Top Ten Tuesday was created by The Broke and the Bookish in June of 2010 and was moved to That Artsy Reader Girl in January of 2018.

We all have those books were excitedly waiting for! Today I am going to be sharing the ones I am most excited for that come out in the last half of 2019 because well, this year is basically halfway over with already. Isn’t that crazy!

These are in no particular order:

2.) The Girl the Sea Gave Back by Adrienne Young

3.) The Widow of Pale Harbor by Hester Fox

4.) Eight Will Fall by Sarah Harian

6.) Tunnel of Bones by Victoria Schwab

9.) The Sky Weaver by Kristen Ciccarelli

Are any of these on your list? Let me know!

I am so glad that NetGalley had a sneak peek of this because I have been dying to here more about this book and make up my mind whether or not to preorder. The sneak peek had a few chapters and within those chapters you are thrown into the plot of murder and backstabbers! Honestly, this got me pumped for the release and I just can’t wait to read the whole thing!

January was a crazy month for reading! It was my best month ever when it came to how many books I actually finished but not great for how many were 5 star reads. I doubt I will ever read 29 books plus 11 mangas in a month again but when there’s a will, there’s a way!

5 stars:
Escaping from Houdini
Vampire Kisses (reread)
A Torch Against the Night
The Poppy War
Sky in the Deep
Legendary
A Reaper at the Gates
The Last Namsara
The Winner’s Curse
A Clash of Kings

4 stars:
Roar
Harry Potter and the Sorcerer’s Stone
Give the Dark My Love
Caraval
Six of Crows
The Devouring Gray (eARC)
The Governess of Penwythe Hall (eARC)

3 stars:
Deathless
Ruin and Rising
The Wicked King
Shadow of the Fox
Fire & Heist
A Curse So Dark and Lonely
Sense & Sensibility
The Witch’s Kind (eARC)

My favorite book for the month was The Poppy War. I am not usually drawn to adult fantasy but with such great reviews I decided to give it a go and it didn’t disappoint! The worst read was Never-Contented Things.

Overall, I would say I did pretty good. I wanted more 5 stars but hopefully February will be better! I will have reviews coming for all listed if there isn’t a review yet for the title.

Have you read any on this list? What was your favorite read of January?

eARC provided by publisher through NetGalley

The Winter of the Witch was one of my most anticipated reads for 2019 and it did not disappoint. We are swept back into this magical world right where The Girl in the Tower left off. Vasya is trying to make peace with what happened to Moscow the night before while trying to keep her family safe as an angry mob wants her tried for witchcraft. Katherine Arden’s writing is once again captivating and brings to life this world and the characters we have grown to love.

We find ourselves back at recognizable places such as Moscow and the forest but we also are drawn into new magical worlds that feel like a dream. Her world building is breathtaking and imaginative as always.

New and familiar characters come back for this epic conclusion. Vasya is still growing in the beginning and by the end she is finding her purpose which is satisfying to see. She is always full of real human emotions as Katherine has a way of making each character come to life. I even grew to like Medved, the bear, and I didn’t think that was possible. Many of the characters are met with tough decisions they must make and sometimes those decisions lead to fateful consequences.

This book gave me so many emotions and tears were shed multiple times as well as a few laughs here and there. Although I am sad to see this wonderful world end, The Winter of the Witch is a great ending to a beloved series.

Today’s post is all about my most anticipated reads of 2019. I figured I might as well go ahead and write this all down somewhere to keep track and what better place than on my blog to also share with you!

There are other books coming out in 2019 that I will for sure read but these are the ones I am most excited about! And by excited I mean I need them in my life right now because I must know what happens since the last book ended on a cliffhanger! Darn books, always pulling me in!

Have any book suggestions for me for 2019? Comment below and let me know!